I discovered last night that Watchers on the Wall has blocked me on Twitter. I found out when I tried to Favorite a Tweet (which another user I follow had Retweeted).

Um, okay? I’m not saying anything about Freeze Peach, and of course they can block whomever, but what have I done to piss them off?

I may have Retweeted a few of their Tweets with critical or ever-so-slightly-snarky comments, such as:

For a few minutes there, 1000s of Stoneheart fans got incredibly excited. https://t.co/PykyrrKybT

If I could see any sign at all of LF's name on trailer, I'd feel more engaged in this news. https://t.co/D0iyC02gIC

This is where hashtags become misleading. He doesn't confirm it'll be in S6. https://t.co/Qha1pZW6UZ

I think WotW was also the site that showed some pictures of Kit Harington when he clearly did not want to be photographed. I Retweeted their link with a remark that Harington was not consenting to the camera, then I changed my mind, deleted the Retweet, and explained why, though without Tweeting at WotW.

Really, that’s the sum total of my interactions with WotW’s Twitter account. It’s mostly just me pointing to some of their “news” and saying, for the benefit of my friends on Twitter, that it doesn’t quite meet my standards of evidence.

And of course that’s their business. They don’t need a reason. If they want to keep everyone who’s moderately unimpressed with their news from even seeing their Tweets, that’s their choice to make. I just think it says more about them than about me. 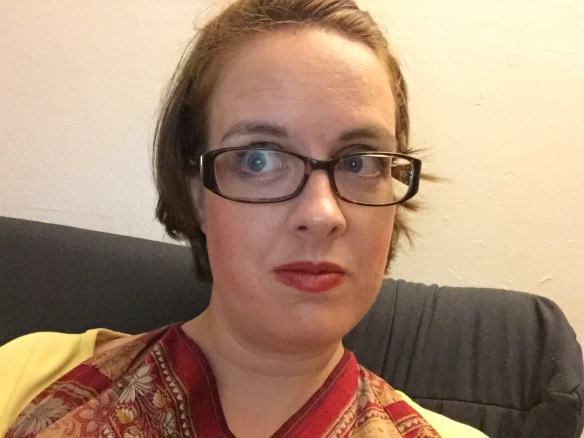 This is the look I normally reserve for when I see someone acting like Lannister Twincest is True Love.

They can’t stop me from reading their website, though. Every once in a while they have some news that isn’t also posted at Winter is Coming.

3 thoughts on “In Which Someone Has Blocked Me On Twitter”