Season 3, Episode 4! Brienne’s first protection assignment has officially become…complicated. She has a maimed, feverish Lannister to look after, and a whole lot of abusive, callous Northmen keeping her from doing her job. They think it’s funny to let him fall off his horse and make him drink horse piss, for example. She disagrees. 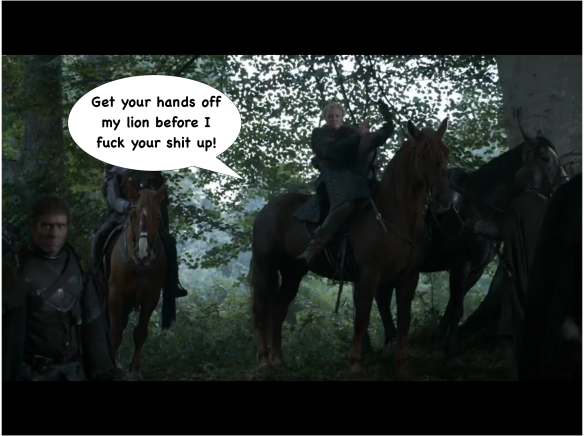 Brienne’s hands are tied together, but she doesn’t let that stop her from dismounting her horse. I have added a speech bubble: “Get your hands off my lion before I fuck your shit up!”

Jaime decides he doesn’t want to live. Brienne isn’t on board with that decision. 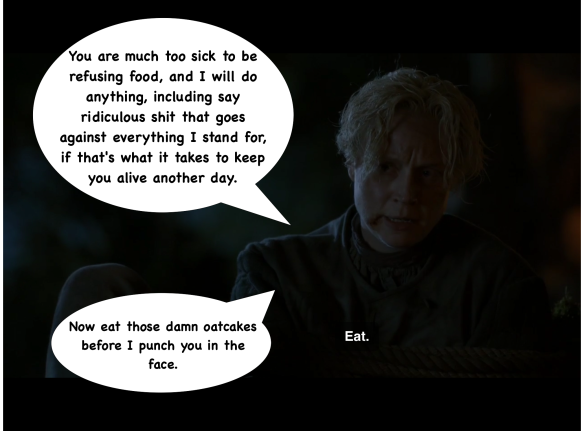 We’re sitting in the dark. Brienne’s line is: “Eat.” I have added the following: “You are much too sick to be refusing food, and I will do anything, including say ridiculous shit that goes against everything I stand for, if that’s what it takes to keep you alive another day.
“Now eat those damn oatcakes before I punch you in the face.” 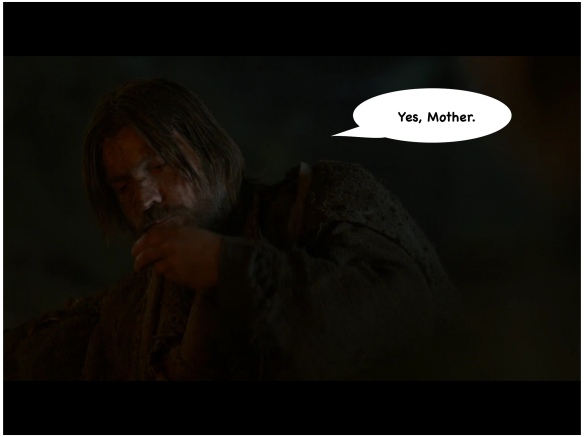 Still in the dark. Jaime lifts an oatcake to his mouth. I have added a speech bubble: “Yes, Mother.” 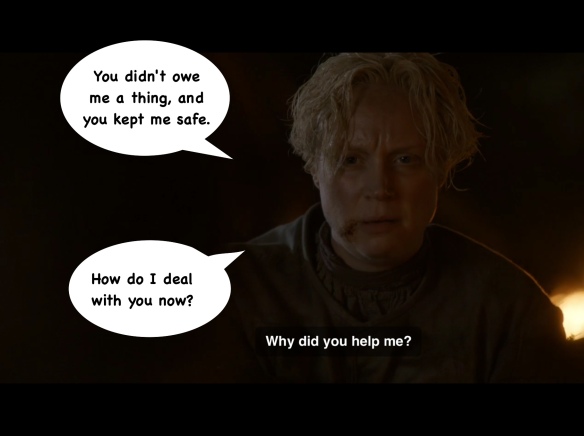 Brienne leans forward and asks: “Why did you help me?” My addition is the following: “You didn’t owe me a thing, and you kept me safe. How do I deal with you now?”

It’s almost like there’s more to this guy than what she heard from Renly and Catelyn.